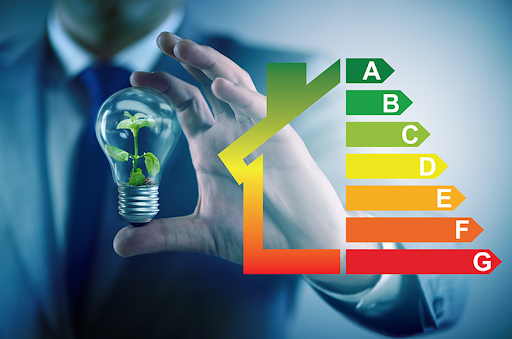 The Kingdom of Saudi Arabia has a policy of raising rationalization awareness and enhance energy consumption efficiency and to give effect to this policy, it has established demand-side management program covering the building, transport, industry, urban planning and district cooling sectors. In the building sectors, the program covers insulation products regulation and mandatory thermal insulation for new buildings; minimum energy efficiency ratios for air-conditioning units; white products such as refrigerators, washing machines; and phase out of inefficient lighting products.  In the transport sector, multiple initiatives energy efficiency of light duty vehicles are in force and they include development of a fuel economy label to raise consumer awareness towards energy efficiency. Tires rolling resistance standards have also been established.

Industry is the largest sector in the Kingdom and represents around 41% of the total energy consumption, out of which 80% of energy consumed is in the petrochemicals, cement and steel sectors.  Since 2014, new regulations were passed, requesting all plants (new and existing) to achieve of energy intensity based on international benchmarks.  All plants are required to achieve the energy intensity targets at the average of the first quartile of international benchmarks. The existing plants framework utilizes a flexibility mechanism where credits and deficits are generated on a plant basis (vs. the targets), however, plants owned by the same company will be able to transfer credits in order to fill in any gaps caused by energy deficits in other plants.  In respect of product control, a strong enforcement program has been developed to ban inefficient electrical appliance, tires, and electrical motors from reaching the final consumer. An urban planning energy efficiency guidelines have been developed in partnership with key government and private stakeholders responsible for urban planning.  The guidelines have been embedded in the regulations of urban planning government entities. Legal, licensing, economic, and technical regulations for district cooling in the government sector are also being developed.